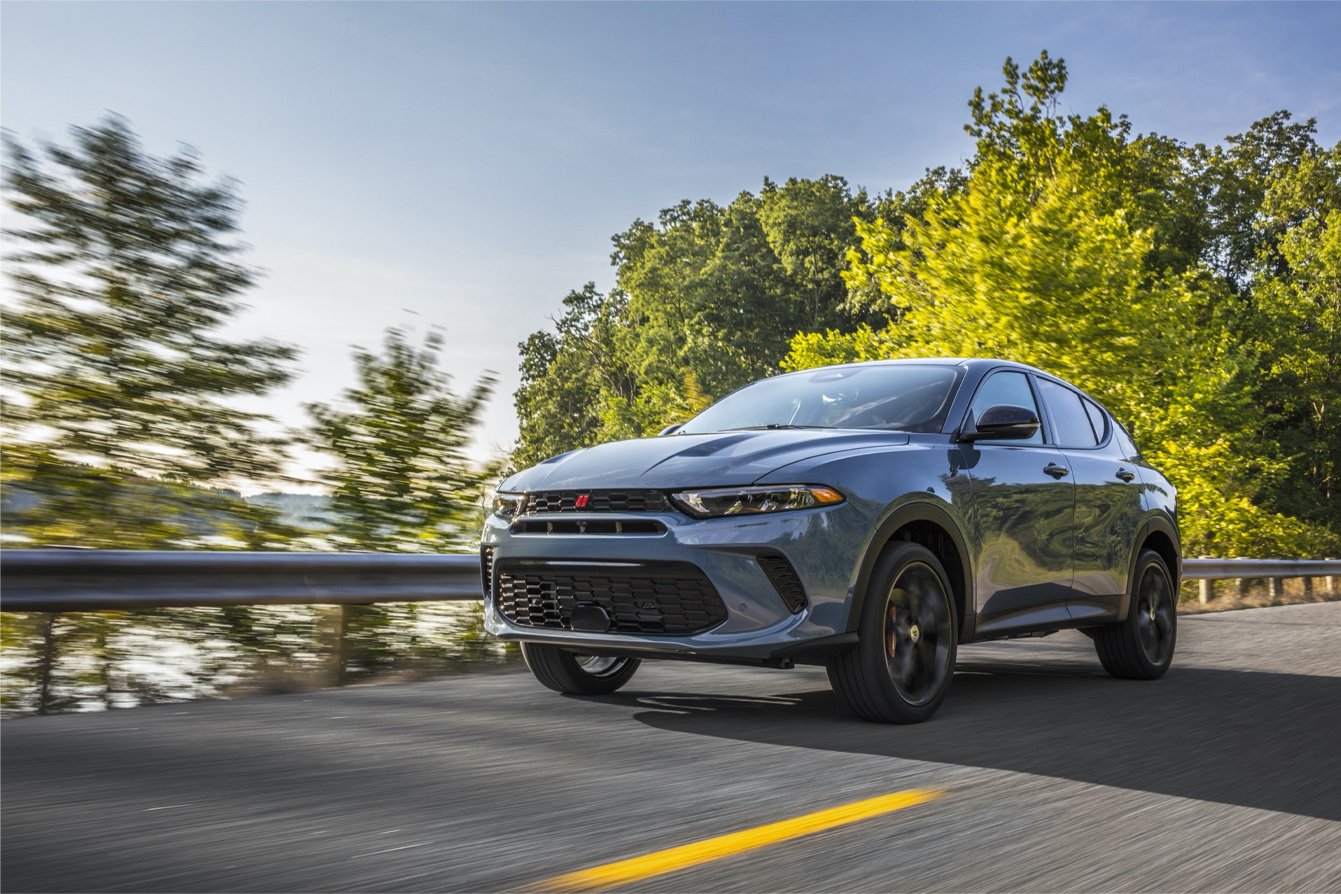 The 2023 Dodge Hornet may not have bragging rights when compared to a rumbling and drag-strip-defying Hellcat, but brand CEO Tim Kuniskis assures auto lovers everywhere that it is on track to be one of the most memorable new releases in history! The five-seat Hornet is poised to put the brand we love here at Landmark Dodge in an exciting new arena for the compact SUV segment with our first plug-in hybrid electric. SUVs are undoubtedly the most popular segment in the entire auto market, which is set to grow by 50% over the next 5 years.

The ultimate goal is for us to intervene and illustriously disrupt a type of segment that is usually known for constantly playing by the rules, with a thrilling entry that will appeal to lovers of everything pleasantly sinister that a brand-new car can evoke. The Detroit Free Press also stated this week that an electric dodge concept vehicle is expected to be unveiled this week. The Hornet shares a frame with a very well-received Alfa Romeo Tonale, and it will be constructed at the Giambattista Vico Stellantis plant in Naples, Italy.

The name offers up the nostalgic connection to the very memorable Hudson Hornets from the 1950s, then featuring a unique “step-down” design and a ponton streamlined look. The fine details consist of 285-plus horsepower and 383 lb-ft of torque, with more than 30 miles of electric range and paired with a six-speed automatic transmission. The Hornet will offer a gas-only GT version, and the Plug-in R/T will have an awesome new feature called PowerShot that doles out an extra 25 horsepower for 15 seconds that you can enjoy the epic spurt of again after a 15-second cooling period.

The gas-powered GT model comes with Stellantis’ brand-new Hurricane4 engine, which is a 2-liter turbocharged inline 4-cylinder mated to a nine-speed automatic, and will make its exciting and unique mark as the SUV segment’s most powerful gas engine. Boasting 265-plus horsepower and 295 lb-ft of torque, it’s the segment’s most powerful gas engine, and all-wheel drive will be standard on both versions.

Every day we hear stories of how modern advanced driver assistance safety features have prevented so many incidents on the road, and the Hornet will offer driver attention assist to detect sudden fatigue, intelligent adaptive cruise control, and many more. On the hood, you’ll find heat extractors that provide a very aggressive appearance and a distinct Hornet badge on the fender, and we believe that this model will capture younger drivers’ attention that isn’t quite as drawn to the larger size of the thrill-laced Charger Challenger.

If you are looking for something on the sporty and very Eco-conscious side of things, the incoming Hornet will soon arrive to be the potentially-lethal yet progressive model making good on highways after thoroughly knocking out school-year “must-do errands” nationwide.