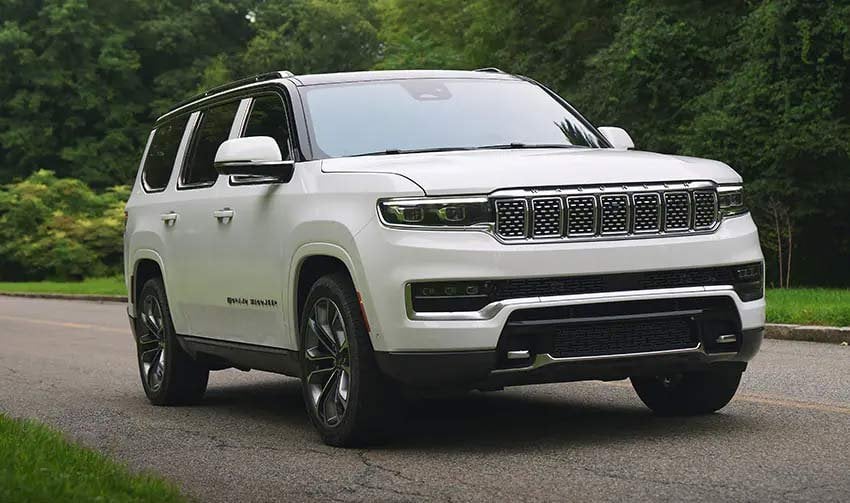 Quickness and efficiency have been traits that customers ask about repeatedly here at Landmark Dodge of Morrow, where a stroll around the lot will park you in front of some of the most amazing engines on earth. During Car and Driver’s “Testing Hub”, the all-important statistics and impeccable details regarding performance are closely examined. This expert team has been happily pushing vehicles to their limits since 1956 to provide the most easily accessible data to consumers for their next car purchase decision.

The new twin-turbocharged “Hurricane” inline-six engine has thoroughly proved its worth during the last round of this focused powertrain analysis, beating out the old Hemi-V8 in terms of fuel economy and acceleration. The fun officially went down while using the very awesome and capable 2023 Jeep Grand Wagoneer L as the beta-testing beast. It was equipped with the new 510 horsepower version of the twin-turbo 3.0 liter inline 6 engine, on the model boasting the longer-wheel base.

The crew throttled the 6428-pound Grand Wagoneer L up to 60 mph in just 4.7 seconds, heartily beating of the old 102-pound lighter V8 model by a very precious 0.7 of a second. Possessing that upper hand aids the downward shrinkage to 0.4 of a second during quarter-mile testing, as the off-the-line advantage of the turbo’s 3500-rpm brake torque does not provide quite as stellar of muscle. This is notably lightning-fast for a large-sized SUV, fully triumphing over the Ford Expedition Stealth Performance model’s 4.9-second sprint on the rapid blast up to 60 mph.

This spirited exercise in gritty machismo also came much closer than expected to champion in a pinch over the rival in the form of the large and constantly boisterous Cadillac Escalade V’s 4.3-second gallop. The speed-hungry team of analysts then moved on to a 75-mph highway fuel economy stack-up, where the smaller-displacement turbo-six took the grand honors. It nailed down a champion result of 20 mpg to the V8s 19 mpg, which is startling when you consider the heaps of extra muscle the smaller engine brings to the table.

The coming of this inline-six has made things a little more complicated as you are shopping for the ideal powertrain, but its addition of quality and variation on traditional laurels is massively appealing. It comes as standard on all long-wheelbase L versions, with the 3.0-liter six as an option on shorter-wheelbase models. There is so much good stuff that this limo-laden SUV offers up that needing a 19-foot-long parking space won’t even phase you as much as the neighbor’s Halloween scarecrow situated down the street! The engine offers tidbits to make any seasoned engineer delighted: you are working with a water-to-air intercooler, twin oil pickups in the sump, and a compression ratio that gets us high as 10.4:1.