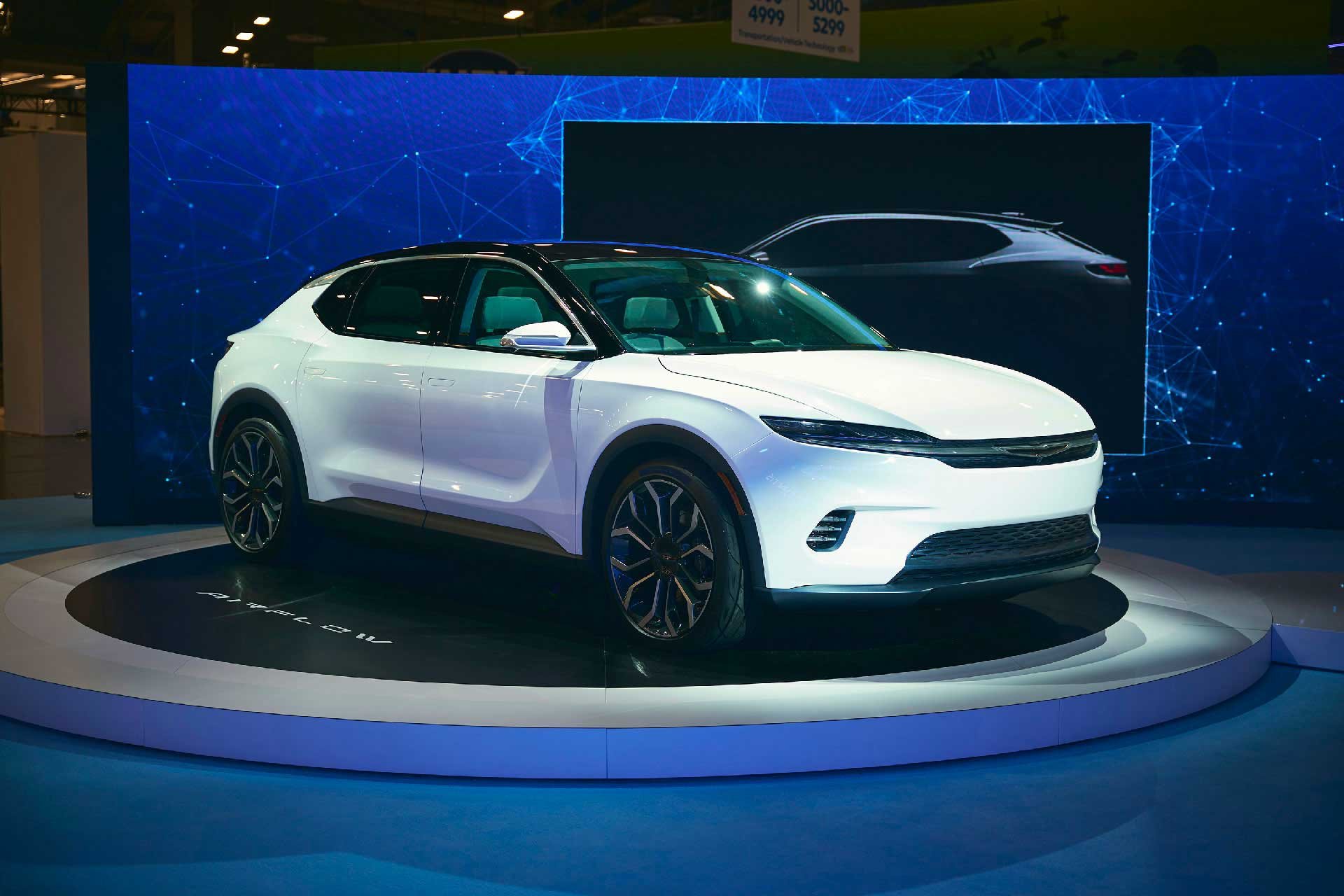 As we look towards the future here at Landmark Dodge of Atlanta, there are so many revolutionary and exciting models coming down the pipeline that it's quite frankly hard to know where to begin while telling our customers the news! The new Chrysler airflow concept is the prime subject of a recent patent application that was found to be filed with the United States Patent and Trademark office, and reported about by the reliable car lovers and digital journalists at MotorAuthority.com.

The application in question was filed on January 3rd of 2020, and officially published to the public on May 3rd, 2022. It outlines and covers the details of the ornamental design for an automobile and included along with the document are multiple images of the air flow electric SCV concept that the public has gotten to lay their eyes on twice over the past few months. This new concept takes its name from Chrysler’s very memorable aerodynamic models of the 1930s and was first shown publicly at the 2022 Consumer Electronics Show this winter.

The very futuristic and efficient crossover had a 201-horsepower electric motor providing power to each axle, and still claimed an all-electric range of between 350 and 400 miles. While this is right on par with many other vehicles that will be soon introduced in the segment, we are still situated in a time where anything over 300 miles is a noticeable gain over much of the competition. The Airflow concept was also a premier way of showcasing the new STLA Brain architecture, STLA SmartCockpit infotainment system, and STLA AutoDrive driver assist technology. There was a second version of another concept that debuted in the spring during the glamor and all-out excitement of the New York auto show, and a few visual changes were made before calling it Airflow Graphite.

There was now a black exterior and gray interior, with contrasting copper accents and a construction style that allowed for motors with a greater amount of power to be fitted for extreme performance. We always do our best to deliver customers the inside scoop here at Landmark Dodge, and we have noticed this spring that Chrysler has remained a bit quiet about plans for a full-on production version of the Airflow concept. What has been officially confirmed is that Chrysler will launch its first production EV in 2025 and is on track to sell only energy-efficient and Earth-friendly EVS by 2028.

Things are going to change so fast with the addition of electric cars that we will be explaining to customers by the dozen what the advantages are and just how to start saving money on energy immediately. For the time being, we invite to you look at the Jeep line, the life-changing power of thrillingly fast cars such as the SRT Hellcat, and our beloved Ram pickup selection: there are quite a few great options to choose from before plugging into your prime household power source “enjoys reissue” as the daily norm!