The Wrangler Rubicon 392 is turning things up a notch! This time, there is not simply a V6 under the hood, but rather a 6.4-liter V8 mammoth powering the vehicle’s performance. This is now a 470-horsepower machine, going 0-60 mph in 4.5 seconds.

The Rubicon 392 is 40 percent faster than the 285 hp 3.6-liter V6.It’s not just that the V8 satisfies the need for speed, but it also packs a punch. Almost 75 percent of the peak torque jumps right in at a simple tap of the pedal, giving it rocket-launcher caliber propulsion. 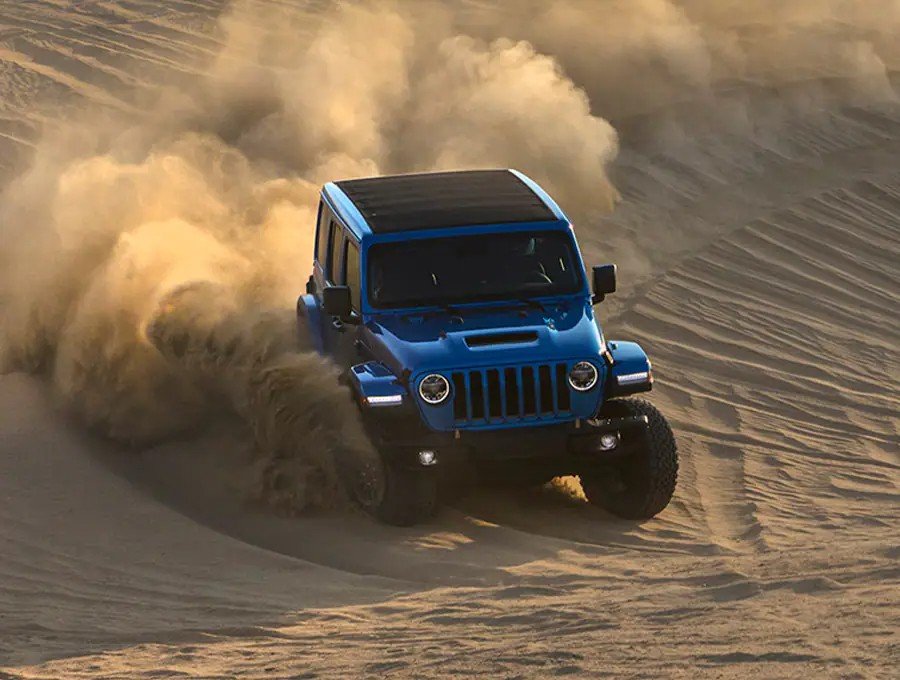 It also comes with state-of-the-art technology such as fuel-efficiency saving, where cylinder deactivation mode kicks in and the V8 makes the switch to a four-cylinder engine. Ideal for the times when you’re cruising on the highway, there’s even a high-performance pump that keeps a check on the V8’s fuel habits while you take on any conditions.

The introduction of a V8 enables the vehicle to easily pass on the freeway and at the same time have the traction and control needed to climb mountains. This also marks the return of the V8 to a Wrangler after nearly four decades.

This new Wrangler comes with mounted aluminum paddle shifters. The amazing Hydro-Guide air intake system is on board to divert water and drain it out through three outlets, allowing it to travel through water up to 32 inches deep and avoid hydro-locking.