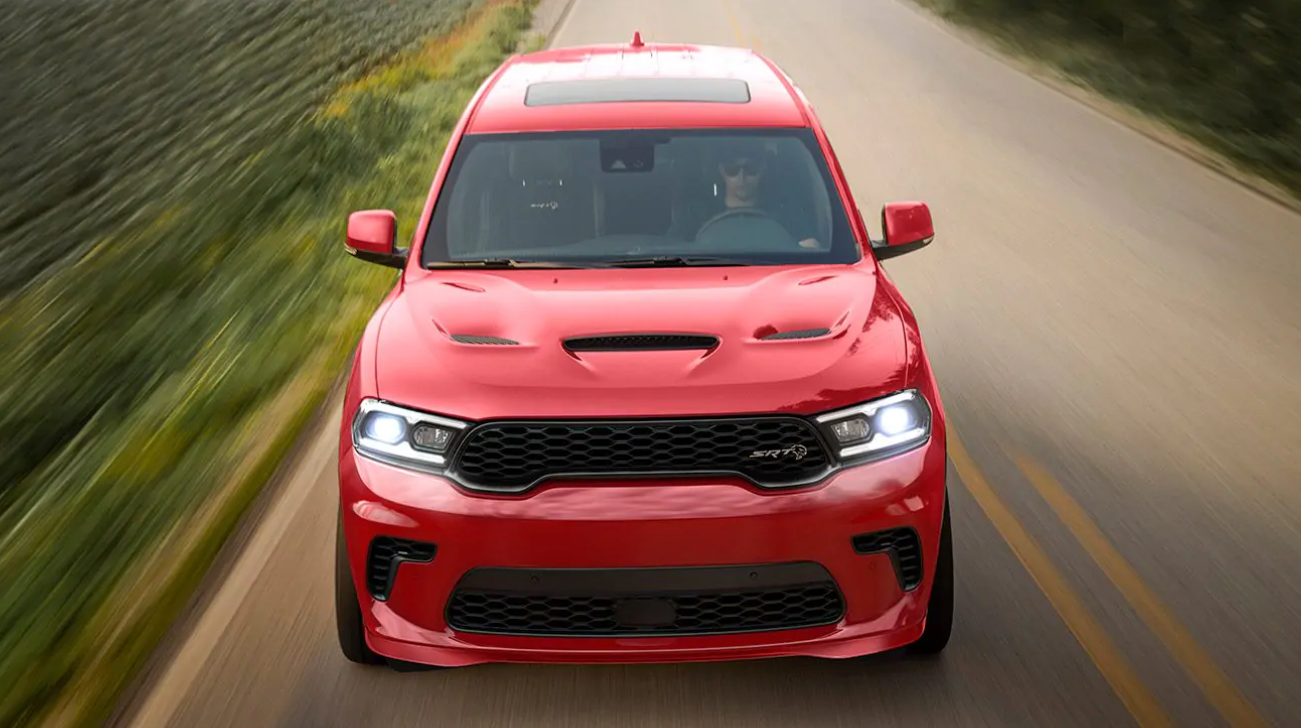 Wesley Wren of Autoweek was just joking when he wondered out loud if the 6.2-liter Supercharged V8 Hellcat engine treatment for the Dodge Durango was something that began as a rich joke in a board meeting! All of us here at Landmark Dodge of Atlanta knew that it was only a matter of time until the Dodge SRT Hellcat was a reality, becoming an absolutely ridiculous crossover with a scorchingly-high fun factor for an everyday commuter.

With amazing power, three rows of seating, and an all-wheel-drive system that helps create a record-breaker of an SUV, this is one of the most fun products to ever charge off the line that still has a huge sense of practicality for a growing family or business. On the Autoweek podcast over the past week the two talked about getting one sent to them for a glorious test drive, and how excited they were to try it out in 6+ inches of snow. With all the power under his foot, the driver was initially scared to death, fearing that he would be plowing over Prius and Ford Focus models at the speed of light!

Once the roads dried out and the duo were able to hustle a bit, the amount of power and insane acceleration didn't interfere with a sense of handling that was still confidence-evoking. As the test driver was checking out the interior, he gave the thick steering wheel props as well as the intuitive touchscreen controls. The shift paddles are also pretty good-sized, and while not as large as what you'd find inside something like an Alfa Romeo, they stand out well and immediately feel responsive at first use.

Here it is also mentioned that if the driver had his choice of a varied fleet in his garage, he claimed that the pure fun is, as many would expect, due to the startlingly high amount of horsepower. This is the reason why he claimed that the sheer power factor here is a bit much for some, but to the recent graduate who is ready to take on the world or sworn gearhead, it's an opportune way of combining excitement and legendary brute force with a ready-for-duty week (and weekend) warrior!

During the podcast, the tester stops to idle for just a bit and loves the way the Durango sounds like a NASCAR stocker, with just the amount of growl. After pushing the SRT button, you gain access to modes that can adjust the stability, drive control, suspension, and many more traits that affect the ride. Sport, Traction, Snow, Towing, Custom, and Auto are some of the modes that all make a difference in how everything feels and handles. When generally seeking a firm ride, the Sport and Track modes are a good starting point and allow you to really dig in and enjoy every straightaway and corner coming your way.